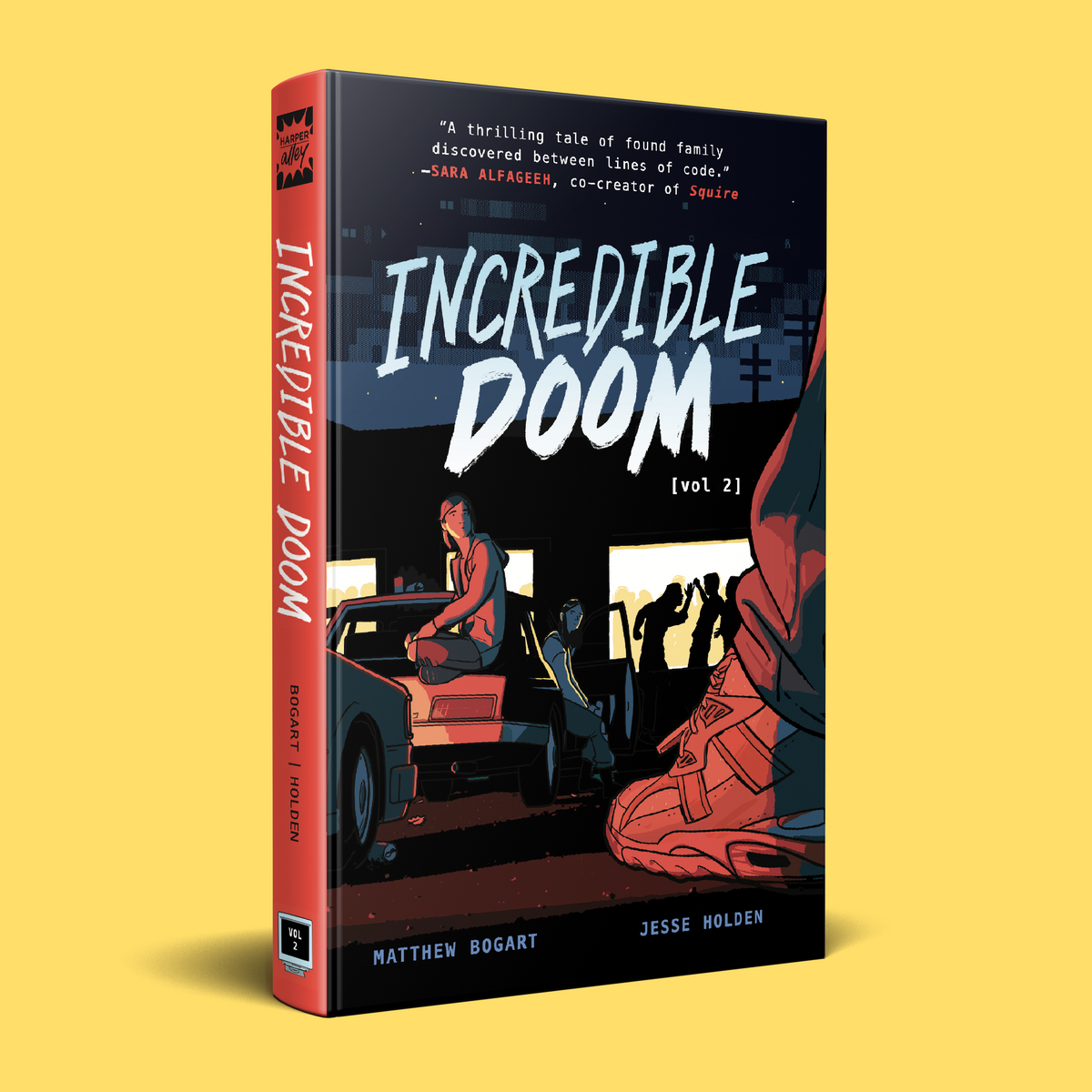 Let's talk about the covers of Incredible Doom Vol. 2

Unearthing the secrets of the cover(s) to Incredible Doom Vol. 2

I'm thrilled with how the cover to Incredible Doom Vol. 2 came out. I can't wait for it to hit the shelves on September 6th. (don't forget to pre-order ) Like with the cover to Vol. 1, there are lots of little touches that aren't obvious. So I thought, just like last time, I'd write a post about it.

First thing, look at that great quote from SARA ALFAGEEH.

That's so good! Sarah has an excellent book called "Squire" that's breathtakingly beautiful. I'm incredibly honored to have her words and name on the front of our book.

Just like Vol. 1, there's a hidden cover under the dust jacket of the hardback edition. The two covers mirror each other and make a pretty cool matched set.

I had this set in mind from the moment I finished the design for the first book. I'm so pleased with how they look together that I'm releasing a new print of the Vol. 2 case artwork for folks that want to hang it next to the Vol. 1 case print.

Hidden in the hardback edition's dust flaps are two illustrations you don't get if you buy the paperback: a shattered television (which makes sense once you've read the book) and Allisons' family rabbit "Hoppy."

I've always been a fan of design elements that repeat throughout every series entry. I can remember having conversations with friends when I was in college about how glad we were that Weezer kept their logo the same on both their first and second albums.

So there are a lot of repeated elements from Vol. 1 to Vol. 2. This includes the idea for the back cover. I repeated the concept but changed the objects to represent objects from this new story. We also got to use some quotes that we didn't have when we printed Vol. 1.

In the bottom right, there's a printout of the "Principia Discordia," which plays an integral part in the book. And a Super Nintendo cartridge for a fictional game called "Alley Cat Adventures."

This is a reference to the Harper Alley mascot "Alley Cat."

It's my second stab at the character. The first was something I drew for the Harper Alley Instagram account when Vol. 1 came out.

In the upper right of the back cover is a zine called "Collect Ions" written by "Shy Violent," who is one of the characters in Vol. 2.

I pulled the name of the zine and the cover design from real life. In middle and high school, my friend Joe Besch and I used to publish comics together using our parents' office copiers. One of my favorites of his was a series called "Collect Ions."

With his permission, I stole the name and combined these two issues' covers to make what you see on the back of Vol. 2.

When volume two was hurtling towards its deadline, and I was scrambling to get all the art done on time, Joe was one of the people that I hired to help draw backgrounds.

Nothing like drawing a comic about 90s kids with a guy I drew comics with when we were 90s kids.

📼
If you'd like more, I made a 12 min. video for my patrons about what the design process was like for this cover, including a dozen or so rejected designs.
💾
Incredible Doom Vol. 2 comes out September 6th. Make sure to pre-order.
The link has been copied!

Collaborating on comics for 6+ Years 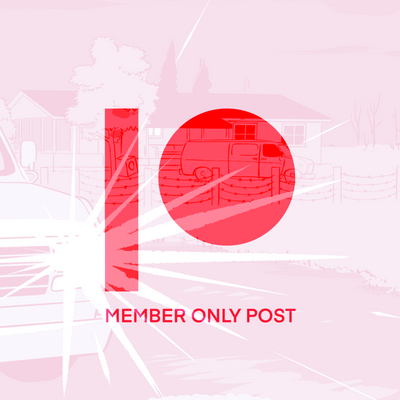