As I work on the comics I get to do as part of my Kickstarter rewards, I’ve been posting parts of my process to backers of my Patreon.

Last week I recorded a short video about how I approach writing comics, and this week I just decided to do the scariest bit of creative sharing I’ve done so far: I’ve published a link to the script of my next comic that updates live as I write it.

It includes spelling mistakes, sentence fragments that only make sense to me, and ideas I haven’t realized are terrible yet. I have no idea if it will change a lot or a little as I start to layout the actual pages of the story, but if you’d like see a script like this evolve over time this is as good as looking over my shoulder.

I’m a big believer in demystifying the creative process. Many people have the impression that folks who make things are blessed with some sort of magic quality that others simply don’t have. Hopefully, sharing the worst, most unpolished bits of my creative process can help people realize that everything starts out bad. After all:

“On the spectrum of creative work, the difference between the mediocre and the good is vast. Mediocrity is, however still on the spectrum; you can move from mediocre to good in increments. The real It’s between doing nothing in doing something.” from “Cognitive Surplus” by Clay Shirky

Of course it’s also possible that all this will serve to do is make my Patreon backers realize that I’m horrible at this and go back a cartoonist who knows what they are doing.

Anyway, I’m not putting my comics online to become famous or change the world. I’m here to make friends, and by letting go of our egos and sharing our process, we allow for the possibility of more people making more cool things and establishing a deeper ongoing connection with us and our work.

Of course, this comes with the ultimate spoiler warning. It’s possibly the worst way on earth to read a comic. Not only will you know what’s going to happen in the comic before it’s done, you get to have the added frustration of discovering that your least favorite bits make it through every script revision, and your favorite line is going to get edited out at the last second.

Sometimes it’s best not to know how the sausage is made.

BUT, if it helps you out or you find it interesting, here’s where you can become a backer and read it. It’s pretty short right now, but I’ll be adding to it and changing it over the next little while.

I’m doing it for backers only at the moment, mostly because I’m terrified of sharing it with the whole internet. But if you’re dirt poor and can’t afford the $3 send me an email and I’ll send you the link.

A drawing of Mary and Nel from “The Chairs’ Hiatus” 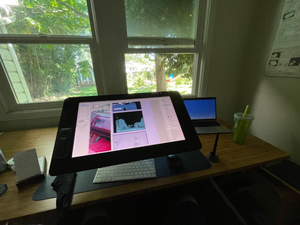 With the Incredible Doom Vol 1 collection nearing pre-orders, I thought it would be fun for Jesse and... 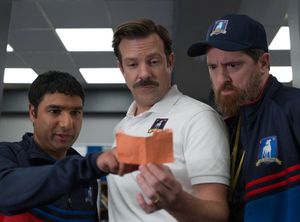 Austin Kleon: on 15 years of blogging

I love it when Austin Kleon writes about blogging. Every time I start a new post, I never...