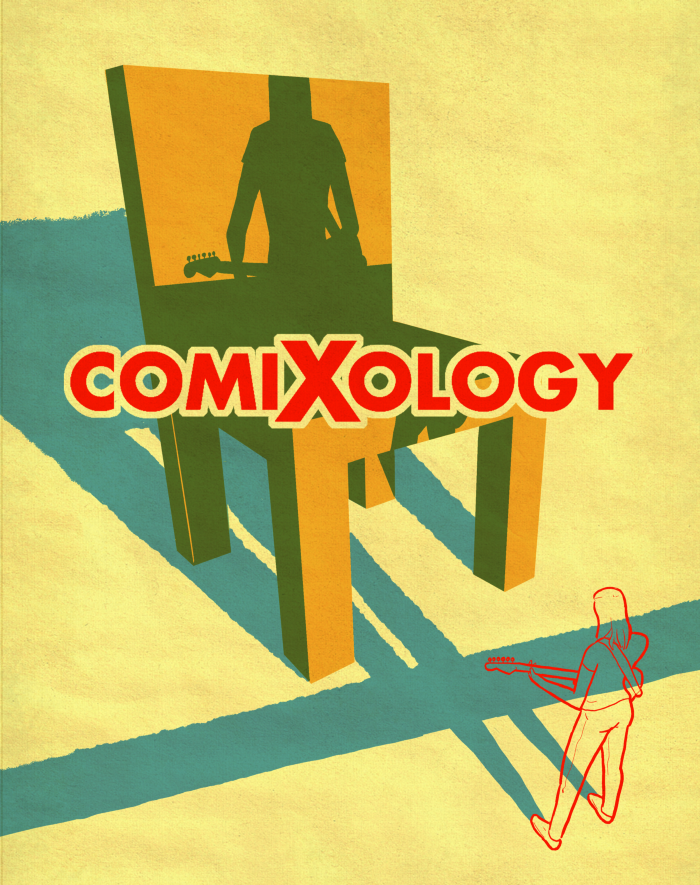 The Chairs' Hiatus and ComiXology Submit

Back in 2010, I'd only been drawing my graphic novel The Chairs' Hiatus for a couple of weeks when I started doing research on how I might be able to eventually get it onto ComiXology.

They were, and are, the biggest distributor of digital comic books, or floppies, or whatever we're calling them, and I wanted to be in that business more than anything.

Back then, unless you were one of the major publishers, or a successful indie, all ComiXology had to offer you was a paragraph on their site about how they were working on a program to allow regular folks to sell books on the platform. It would be coming soon.

Fast forward to March of 2013, ComiXology launches "ComiXology Submit" a curated way for independent creators to sell their work on the service. The Chairs' Hiatus had been out for over a year and a half by then. I formatted my files and submitted them a week after the program launched.

Eight months, and several inscrutable interactions with the team that handles their approval process later and The Chairs' Hiatus launched on ComiXology on December 12, 2013.

I posted about it on my blog, Tumblr, Twitter, Facebook, and Google+. I sent out an email to my mailing list, and the folks at ComiXology were kind enough to feature my book "above the fold" as it were.

ComiXology decided to list the book in the New and Noteworty section on the front page of the app the week the book was released.

The way the ComiXology Submit program works is they don't provide you with sales information until the end of each quarter. Because I'm an awesome businessman I looked up when the heck quarters ended.

Then I waited to see how the book would do.

In December I sold 80 copies of the book. 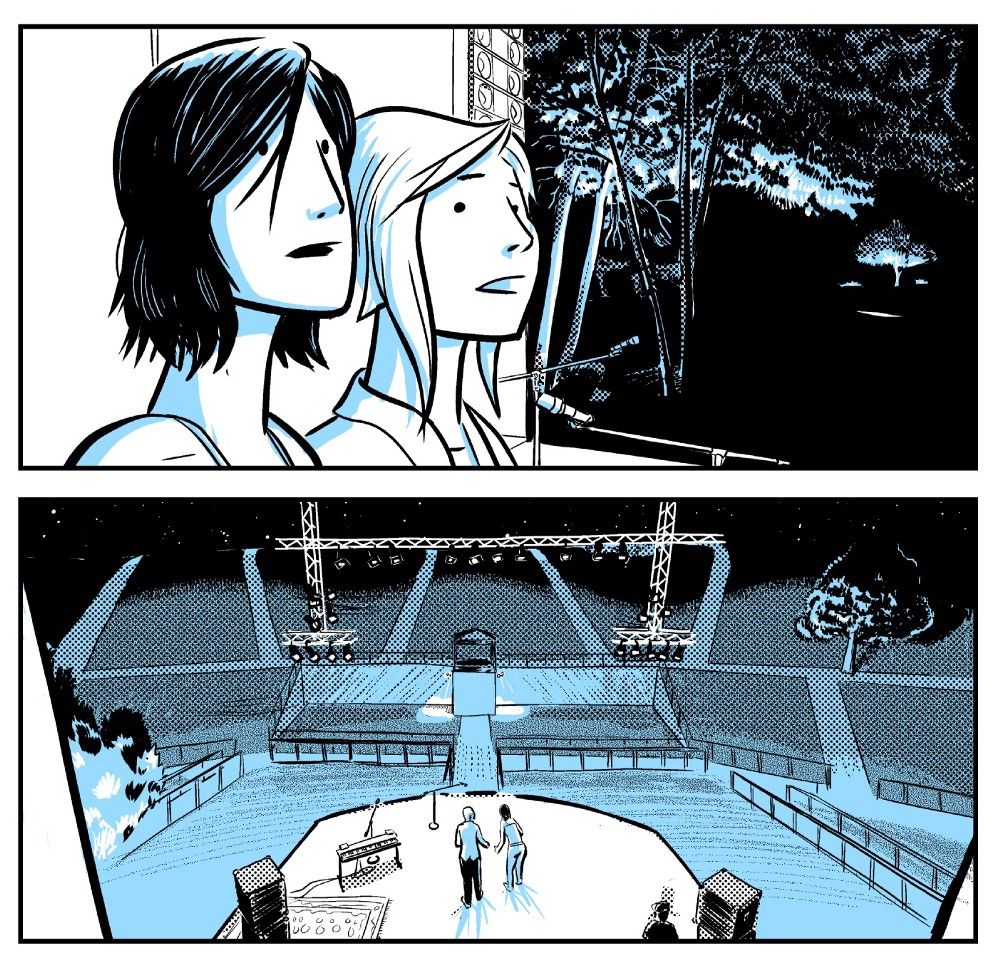 The total amount of money taken in by ComiXology was $177.52. All revenue is divided equally between the publisher and ComiXology after Apple takes their 30% cut for comics sold through iDevices. So that means I have $88.76 coming my way. Someday. Maybe. After I do some more waiting.

You see, ComiXology Submit publishers only get paid once they earn $100 or more. I didn't hit that mark. With luck I'll have sold another 10 copies by the time this quarter ends. Otherwise I'll have to keep my fingers crossed for the end of June.

I wish I had figures to report to you about how much of a bump I got by being as well placed in the store as I was. I'm assuming the sales went down quite a bit once I dropped off that list.

I'm not sure if most people would consider this a success or failure. I think it's great. I'm a little known cartoonist with a small following. This is my first book and, although lots of folks have said some nice things about it, most people have never heard of it. Thanks to ComiXology 80 more people know about my work. Five of them were cool enough to leave a positive star rating, and several tweeted or emailed me to say that they enjoyed it.

Even if I never end up breaking the hundred dollar mark and making any money from this experience, I'd recomended it.

Heck, it only took three and a half years.

I'll post again when I get the next sales figures.

A month or so after I the quarter ended I found myself wondering if I shouldn't have gotten something from ComiXology detailing my sales, or lack thereof. After extensive searching I found something that had been buried in my spam folder announcing that, due to the sale of ComiXology to Amazon, all accounts, regardless if they had met the minimum $100 mark, would be getting paid out.

Excited, I opened up the attached spreadsheet to look over my numbers.

Here are the details:

It makes more sense when I explain that, shortly before my March sales landslide, ComiXology sent me an email asking for permission to discount my book from time to time in order to use it in promotions. Since you can read the comic online for free I gave them permission.

A couple of weeks later, at South by Southwest, ComiXology announced the "Submit Starter Pack", to celebrate the one year anniversary of the ComiXology Submit program. They were offering a package of 100 creator owned books for the low, low price of $10. My book was a part of the package.

I didn't know any of this in advance, so I was curious about how it was going to work. How were the profits going to be decided up? I knew I was going to be getting a certain percentage of those bundle sales but what would it be based on? Were all 100 creators going to get one one fiftieth of the total sales? Would it be divided biased on the regular cover price of the books? For example, does a creator of a book that normally sells their graphic novel for $9.99 get the same amount as a creator who normally sells a 22 page comic for $0.99? I had no idea, and I still don't really.

All I know are these three figures:

I'm assuming, biased on my numbers from the previous months that there were 5,448 bundles sold, but who knows? Perhaps I sold 100 copies at full price that month and my cut of the bundle was just super low. Perhaps if other creators share their numbers we can figure it out but I'll probably never know.

It's frustrating having so little to go on, but at the same time, there were plenty of upsides. Money appeared like magic in my bank account, both the money from this quarter and the previous one. There are now almost 5,500 more people that own a copy of my comic which resulted in more than 55 star ratings on the ComiXology store. (I'm proud to say that number is hovering at 4 stars.) As a result of the bundle a few people wrote, and continue to write, nice things about the story.

All in all, it's a positive experience.

I'm interested to see how it goes now that both the initial release of the book on the platform and bundle are over. I imagine the sales will go back to the February / March sales numbers but perhaps I'm wrong. Perhaps the numerous positive star ratings will help pick that number up.

We will see. I'll keep you posted.

The secret is out.