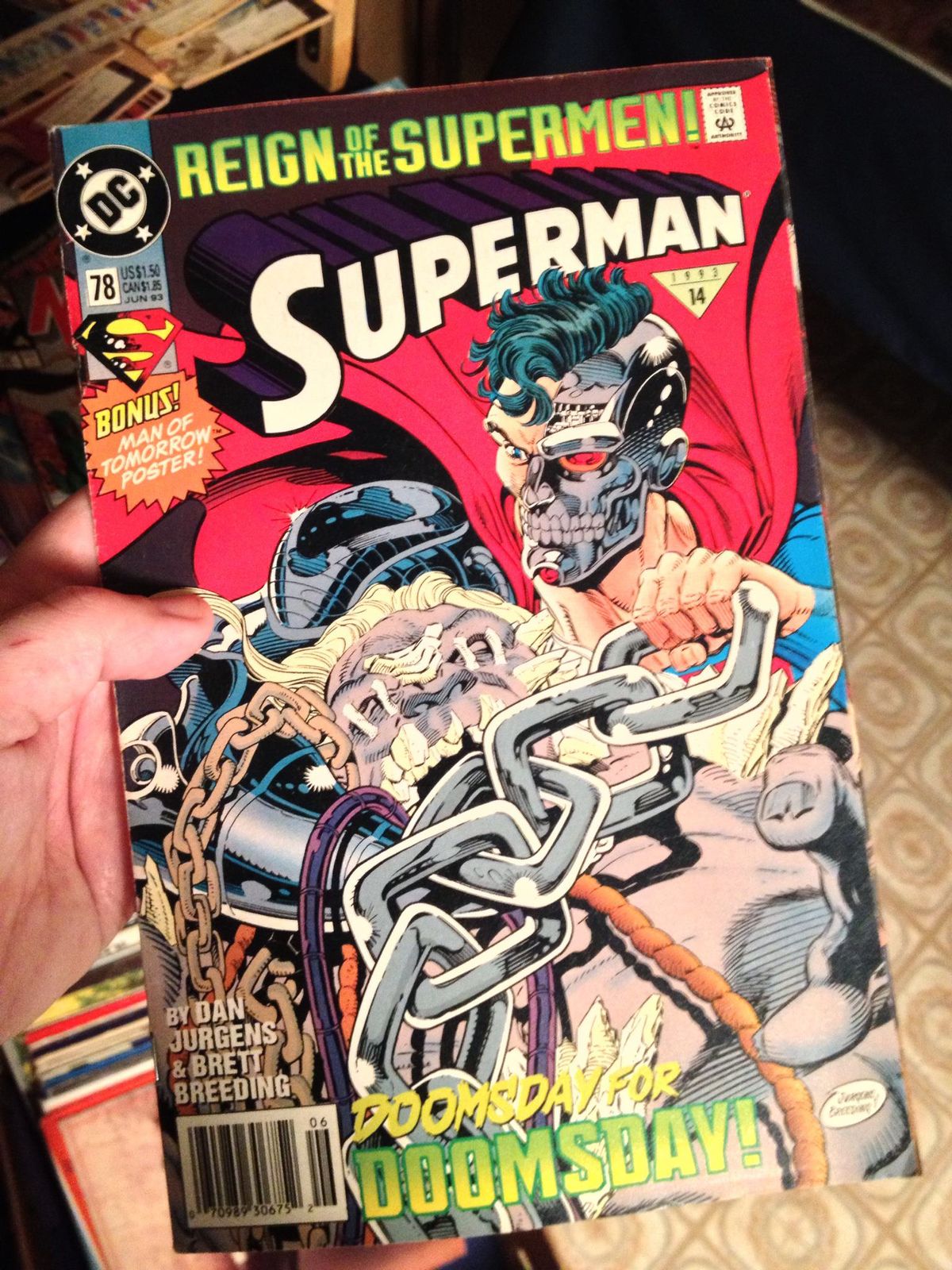 20 years ago, I went to the doctor, and Superman died.

All places would order copies of the most collectible comic in years. There would be lines of people forming outside of these places before they opened so they could buy the comic that would put their kids through college.

I was 14 years old, and anytime someone mentioned the word "comics," my ears will perk up. So even though I didn't read Superman, I was so desperate for the outside world to become accepting of my obsession that when the national news media started to report that Superman was going to die soon, it felt like a small triumph for my community and me.

The trouble was I was going to miss it. Even though every shop in town seemed to be advertising that they would be selling it (A brand-new comic book shop opened in my city on that day to sell nothing but copies of death of Superman), I was going to be in school. And there was very little chance they would have any left by the time I got out.

Never before or after was I as happy to hear that I had an orthodontist appointment. My mom was keeping me home from school for the morning so that I could have my teeth worked on, and I knew that on the way back, we could drive by some place that sold comics. At this age, I already had a map in my head of every business in town where I had ever seen a comic book for sale. Newsstands, bookstores, comic shops, drugstores, antique malls, baseball card shops, everyone was a magnet for me.

It was an antique shop in a strip mall on the route between the orthodontist and school that held old battered copies of She-Hulk and the West Coast Avengers in dilapidated spinning racks that became my goal for the day. I didn't remember ever seeing any new comics in the store, so it was a long shot,  but there was nowhere else anywhere near.

To my surprise, not only had they ordered the book, they'd ordered a case of them. The shop that typically sold antique-looking banks and lampshades now had a line 10 people deep, all wanting a copy of Superman number 75. They look like bankers and homemakers and grandparents to me. Not only was I the only kid in the store, I felt like I was the only person under fifty. I watched as the enormous, now mostly empty, case of comics dwindled to just a handful.

The comic came in a black plastic bag. Sealed inside the bag were other things to help you mourn the death of Superman. Besides the comic, for instance, there was a black armband with a bloody Superman symbol on it. I wondered how many of the bankers and grandmothers in line ahead of me would be wearing those the next day. I bought the last three copies in the store: one to keep in mint condition sealed inside the bag, one to open and read, and one to give to my friend Joe.

I went for a walk with my girlfriend this morning after breakfast. We ran across signs for an estate sale and went to explore. In the basement, she pointed out, "Hey, Boyfriend! Comics!" On the table in the corner, next to some old People and Playgirl Magazines, was a stack of mid 90's comic books. Second in a pile was Superman # 78. Released three months after Superman's death, the issue explains how a half-cyborg Superman has returned from the dead. There was no line to purchase it.