I haven’t talked much about my comics for the past few months, because I’ve been harboring a secret that I can finally tell everyone.

The first six-issues of Incredible Doom, Jesse Holden and my comic about ’90s teens making terrible decisions over the early internet, are being collected into a giant 288 page paperback and hardback published by Harper Collins, to help launch their new imprint Harper Alley. It’s coming out on May 11th.

Over the last several months, the editors at Harper Alley and I have been getting the book ready. We’ve enlarged the pages to full graphic novel size, tightened drawings, added a ton of detail and tones, and even a few new scenes, all to make things look as good as possible.

Harper is so enthusiastic about where the story is going, they signed us for a second volume as well, which Jesse and I are already hard at work on. We expect to have another 288 page book completed in just 13 months. By comparison, the first book took three times that! We can do this thanks to your support here on Patreon, which has allowed me to hire an art assistant to help speed up the production time.

I can’t tell you how excited we are about this. Like so many things, this was not the plan at the start of 2020. But unlike most news this year, this is great.

There’s so much more to tell you about—like how this came together, and what it’s been like working for a major publisher. I’m going to be posting about that both here and on Patreon. So make sure to subscribe to those.

Until then, thank you so much for sticking with us while we had to keep this a secret. (It killed me, but they insisted.) 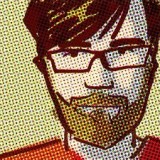 Matthew Bogart is the cartoonist behind the graphic novel The Chairs’ Hiatus and the ongoing series Incredible Doom.

131 replies on ““Incredible Doom” is being published by Harper Collins”

Thanks! We’re really excited about it!

@bogart these will go next to my hardcovers of The Wicked + The Divine and Absolute Sandman. Pre-ordering as soon as possible with my local shop.

Wow! Those are some beautiful volumes you have there. I’d be honored to have ours be a part of them. I wonder how soon folks will be able to pre-order.

I think so too. It was really welcome this year!

It was helped by my brain consciously telling me “This deal is going to fall apart any second now.” for months on end.

Matt! So glad this news is finally out there. Congratulations! You deserve all this and more!

Looks incredible! I was one of those kids