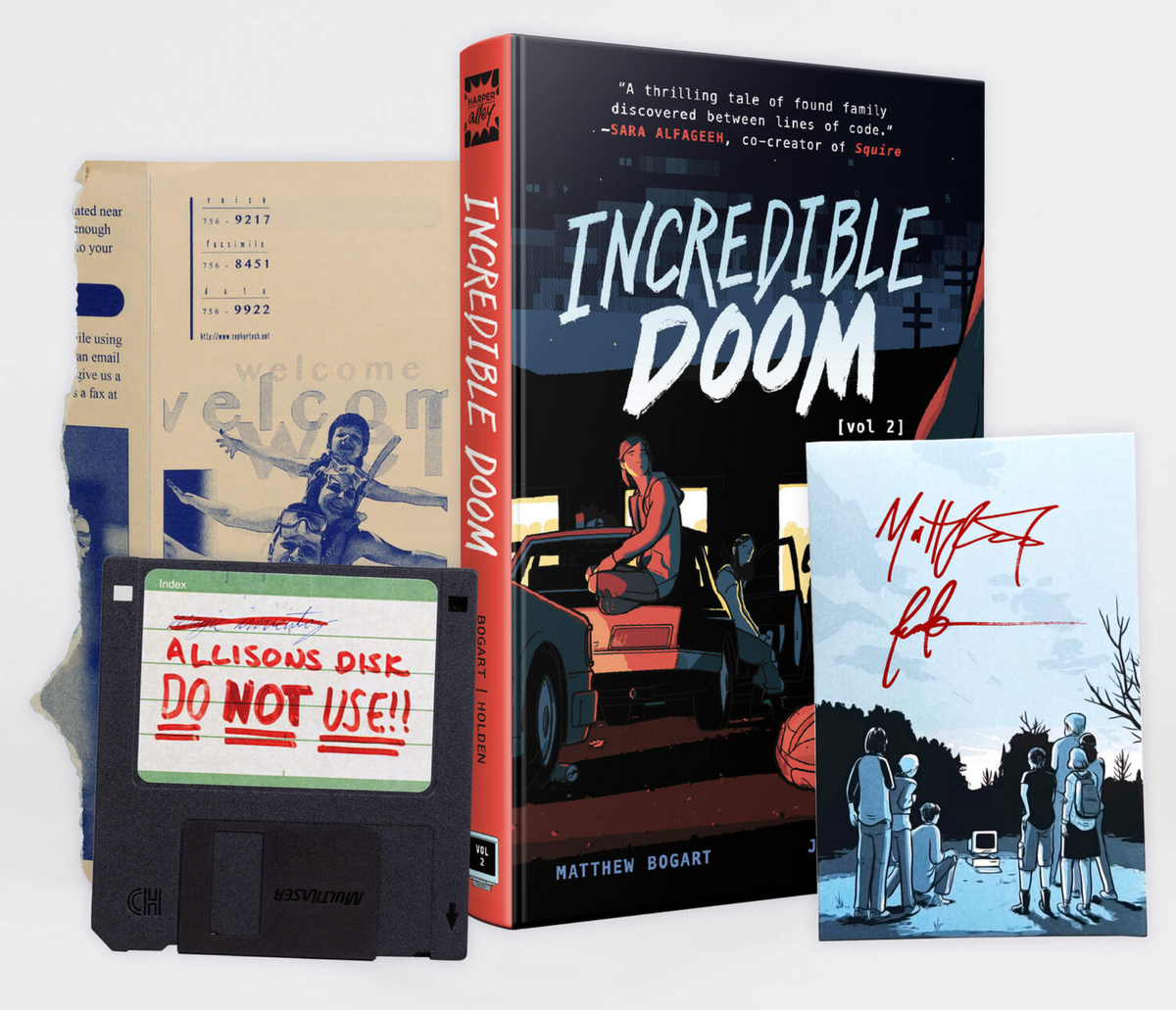 Throughout the history of Incredible Doom we've loved making little objects to include with the comic to surprise and delight folks, like the ones you can get as part of the slipcase mini-comic set. But there's one object we've wanted to do for years but could never figure out how to make work. Until now.

Inspired by "feelies," a term coined by PC game maker Infocom to describe the extra objects they'd put in their software boxes, we've created our own Vol. 2 "Feelie". It's one of my favorite things we've ever made.

If you pre-order Incredible Doom Vol. 2 through BuyOlympia, and for an extra $6, you get not only a bookplate signed by Jesse and me but two feelies.

The floppy disk has a custom-designed label to look like it's been in a box for 30 years. The label has "magic inventory" written on it in a blue ballpoint pen by Allison's dad, which Allison crossed out in red marker when she claimed it. The torn Zephyr Tech flyer includes period-accurate design and copy.

But it's all of that, combined with the website and files you get access to, that makes it so cool.

It feels like you're snooping around the character's hard drives, stumbling upon both real files from 90s BBSes and ones created by the characters.

I'm thrilled with how these have turned out. I think you're going to love them.